Jose Mourinho will have his work cut out this season according to a former player, who is less than impressed with their attitude and abilit

Top win on 1xBet: Player receives over $130,000
1xBet is the official sponsor of the 2021 Africa Cup of Nations
Ronaldo reprimanded for not wearing a mask while watching Portugal 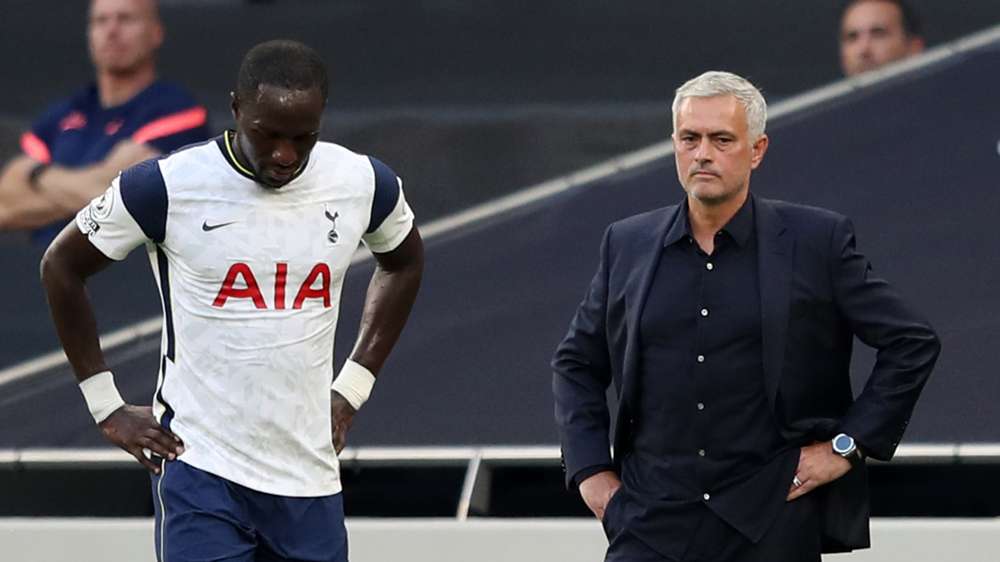 Jose Mourinho will have his work cut out this season according to a former player, who is less than impressed with their attitude and ability

Former Tottenham midfielder Jamie O’Hara has unleased on the club, declaring the squad is full of “average” players who “look like a bunch of spoiled kids”.

Spurs began their new season with a 1-0 loss to Everton with manager Jose Mourinho voicing his disappointment post-match and hitting out at ‘lazy’ players.

Mourinho’s side face Bulgarian club Lokomotiv Plovdiv in a Europa League qualifier on Thursday night after Tottenham could only secure sixth place in the Premier League last season.

While the club are closing in on sealing the return of Gareth Bale, O’Hara believes Spurs face bigger issues moving forward with the squad lacking quality and the right level of desire.

“They look like a bunch of spoiled kids! Get some leaders and characters in the camp and pull your fingers out – this is Spurs Football Club you are playing for,” O’Hara told talksPort

“We need centre-backs with pace. We’ve just signed Matt Doherty from Wolves who has been playing wing-back for years; he’s not a right-back, he’s a wing-back.

“So if you are going to play him that high up the pitch you need two centre-halves who are very, very quick and very, very good one-on-one defenders, because they are going to get left exposed.

“You need to squeeze up the pitch and be brave and press high up. If they get done in behind or done over the top, that’s on me – I’m the gaffer.

“But I guarantee over the course of a season you will condense a pitch enough to win the ball back more in high areas and be closer together so you’ll be able to control football matches.

They are so stretched, it’s unbelievable. I mean, anyone could play against Spurs!”

After their mid-week clash in Bulgaria, Tottenham must back up in the league on Sunday with an away game against Southampton.

Spurs have been making plenty of news lately following the release of their Amazon documentary ‘All or Nothing’, with former manager Mauricio Pochettino recently revealing he’s only watched the first 25 minutes.