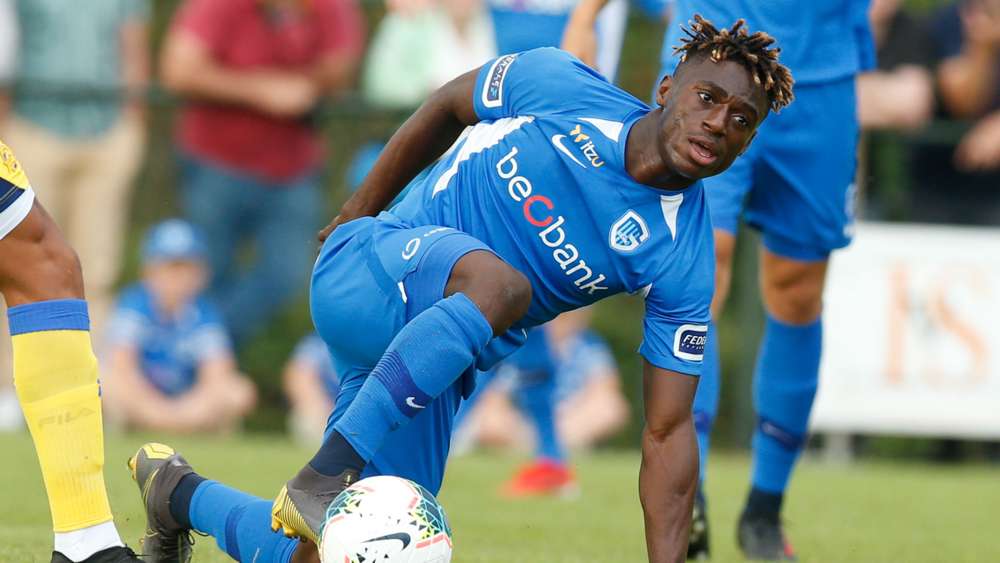 Ligue 2 side Amiens have announced the signing of Stephen Odey on a season-long loan from Belgian First Division A side Genk.

The 22-year-old centre-forward arrived at the Luminus Arena outfit in the summer of 2019 but has struggled to establish himself with the club.

Odey only featured in 11 league games for the Blue and White in his debut campaign with Hannes Wolf’s men.

In his quest to enjoy more game time, the Nigeria international has teamed up with the Unicorns until the end of the season.

“Amiens SC and KRC Genk have reached an agreement for the Stephen Odey buyout loan,” read a statement from the club website.

The forward burst into the limelight during his time with Nigeria Professional Football League (NPFL) side MFM.

Odey was MFM’s top-scorer in the 2015–16 NPFL season and remains the all-time highest scorer for the club.

His eye-catching performances earned him a move to Swiss club FC Zürich, where he scored 12 goals in 45 league games during his two-year stay.

The striker then signed for Genk in 2019 and will now continue his development with Amiens.

Odey has been capped three times by the Nigeria national team, having made his debut in August 2017 against the Republic of Benin.

The centre-forward will hope to fire the Stade de la Licorne outfit back to the French top-flight at the end of the 2020-21 campaign.