The Argentine is expected to join the Midlands club, having called North London home since 2010 Arsenal goalkeeper Emiliano Martinez farewelled 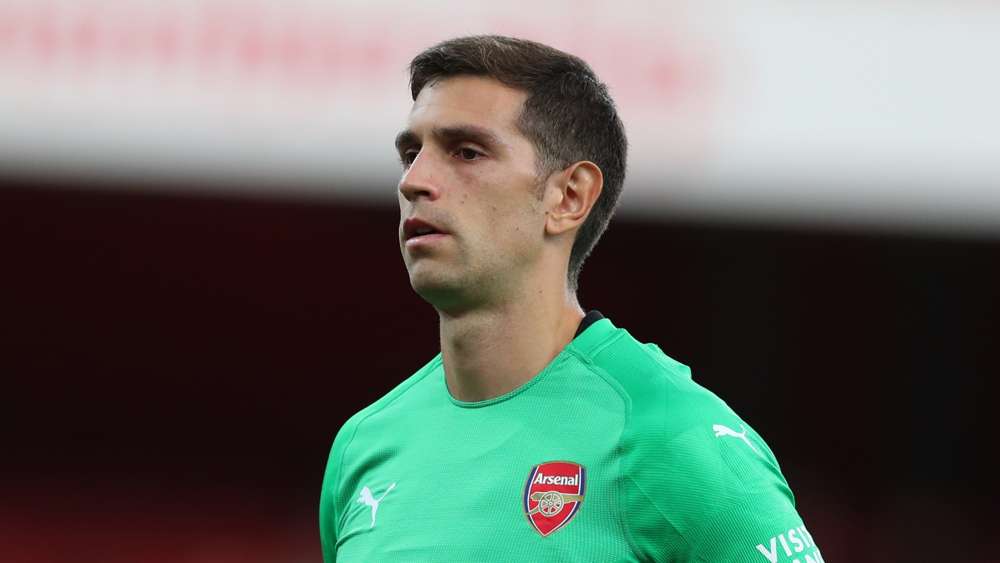 The Argentine is expected to join the Midlands club, having called North London home since 2010

Arsenal goalkeeper Emiliano Martinez farewelled the Gunners in an emotional video ahead of his reported transfer to fellow Premier League club Aston Villa.

Despite helping Arsenal to FA Cup and Community Shield glory in the absence of injured starter Bernd Leno, Martinez is expected to join Villa in a £20 million (€22m/$28m) deal.

Martinez joined Arsenal from Independiente in 2010, though the Argentine goalkeeper has often been second or third choice at Emirates Stadium.

Saying goodbye to Arsenal in an Instagram video on Tuesday, the 28-year-old said: “Thank you Arsenal. For me, I could not be happier to leave through the front door with the Arsenal fanbase supporting me and the club supporting me.

“I had 11 years at the club, and even if it was a hard road for me, and I suffered through my time at Arsenal, today I am happy and I tried to show young goalies how work pays off.

“When you work hard, you are not going to be happy the whole time, you are going to have frustration, bad times in life.

“They all understood at Arsenal and they support me for my decision. The Arsenal fanbase were always there for me, I felt their love.

“Even when Bernd got injured this season, I received loads of messages like ‘we trust in you’, ‘you are our goalie’. That made me confident, made me win games and made me the keeper I am today.

“They understood my story and they love the way I worked in the club. I am so glad to be part of the Arsenal family for 11 years.”

Martinez was given permission to travel up to Birmingham on Tuesday by the Gunners and spent the afternoon visiting Villa’s training facilities and undergoing a medical ahead of completing his move.

The two clubs are currently putting the finishes touches to the transfer, which is expected to be finalised within the next couple of days – ending Martinez’s decade long stay in north London.

Arsenal did want to keep Martinez and had offered him an extension to his current deal – which is due to expire in 2022 – but couldn’t offer him any assurances over playing time.

And having replaced Bernd Leno following the German international’s injury last season and played such a key role in the Gunners’ FA Cup success, the keeper made it clear that he wanted to be first-choice.