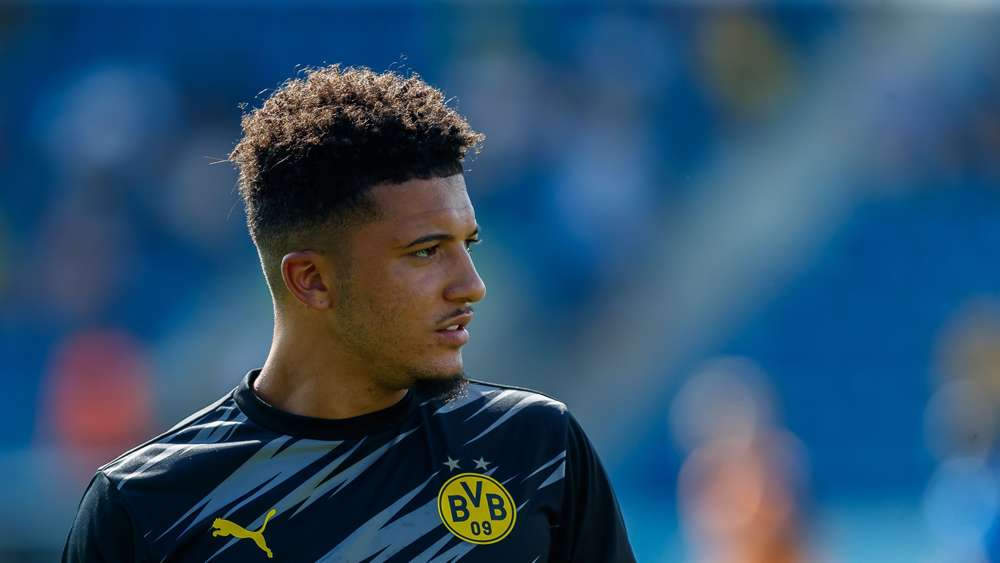 Borussia Dortmund have held firm on their star winger, saying they won't sell unless their €120 million valuation is met Jamie Carragher has warned

Borussia Dortmund have held firm on their star winger, saying they won’t sell unless their €120 million valuation is met
Jamie Carragher has warned Manchester United that if they do not sign Jadon Sancho this summer, they could face competition from Liverpool next year.

The Red Devils have been in hot pursuit of the Borussia Dortmund winger, who has become one of Europe’s top attacking players at age 20.

Dortmund, though, continue to play hardball, insisting that the England international will not leave unless their €120 million (£108m/$142m) valuation is met.
Sancho was quizzed on the transfer talk on Saturday, and said he was looking to ignore all of the hysteria surrounding his future.

“For me, I just focus on my football. I just want to do what’s best for my team and win titles at the end of the day,” Sancho told Soccer Bible.

Carragher believes the Red Devils will eventually meet Dortmund’s asking price, or they will risk facing competition from one of their biggest rivals.

“United have got a clear run at Sancho now – but that will change if he’s still at Dortmund next year. I’d be very surprised if Liverpool didn’t try to sign him next summer,” the former Liverpool defender told the Mirror.

“That’s why I think United will pay what they have got to pay.

“When United have paid big fees for players in the past we’ve all laughed and said, ‘they’ve been done again’. People called [Man Utd chief executive Ed] Woodward a joke – selling clubs could always get an extra £10m or £20m from him.

“Now Borussia Dortmund have asked £108m for Sancho. And because United haven’t paid it straight away everyone is criticising them.

United finished in third place last term, but were 33 points behind runaway champions Liverpool. Carragher, though, does not believe the Red Devils are too far away from challenging Jurgen Klopp’s side.

“I don’t think that ­Manchester United are as far away as people think. One or two more signings could make that difference.