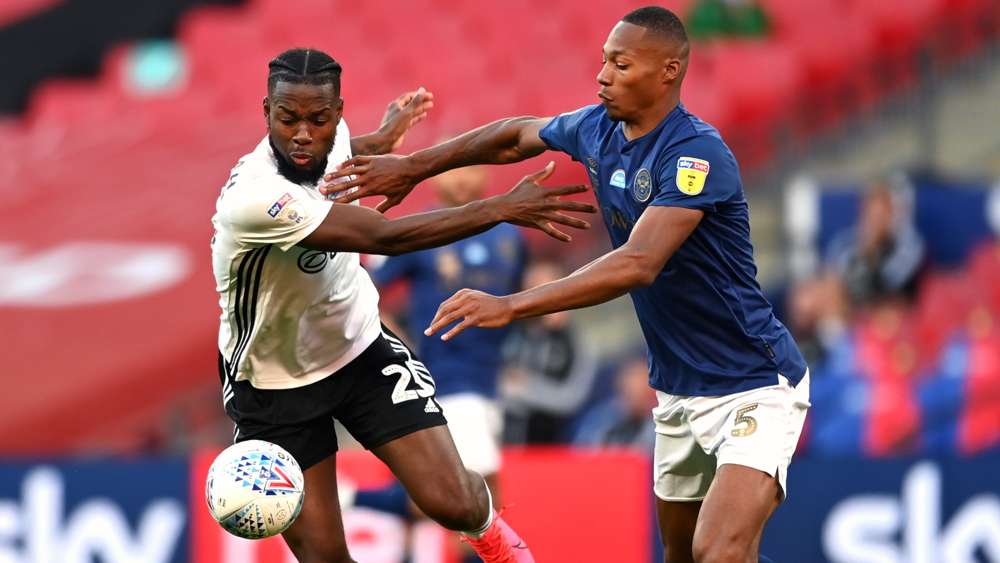 Newly-promoted Premier League side Fulham have announced the contract extension of Josh Onomah after impressing with the club.

The Anglo-Nigerian teamed up with the Cottagers in the summer of 2019 after ending his six-year stay with Tottenham Hotspur.

Onomah made 31 Champions appearances for the club to help them qualify for the play-off and played a key role as they secured their return to the English top-flight.

The midfielder has subsequently been handed a new deal that will see him remain with the Cottagers until 2023. The club also has an option to extend his contract by another year.

Onomah is pleased with the new deal and has promised to continue his impressive performances for Fulham.

“I’m delighted. It’s always been my dream to play in the Prem properly, and I feel like I have the chance to do that here at Fulham,” Onomah told the club website.

“Thankfully I’ve been offered a new contract which is amazing, especially after the season we had. It shows the faith and trust that the Club has in me, and that’s what you need as a player.

“From the first minute I walked in I felt the love from the players, staff, fans, everyone involved with Fulham Football Club. I’m just going to keep going, this is just the start.”

Fulham chairman Tony Khan is also delighted the midfielder agreed to continue his stay with his side and hopes he will not relent with his fine performances.

“I’m very excited to announce that Josh Onomah has signed a contract extension to the summer of 2023, with an option,” he said.

“Josh played a major role in our promotion, he has quickly become part of our Fulham family, I’m thrilled to extend his contract.

“We all hope and expect that he’ll continue to contribute to our success in the Premier League! Come on Fulham!”

The midfielder featured during Fulham’s opening Premier League game against Arsenal on Saturday and will hope to play a part when they face Leeds United in their next league match on September 19.