Aguero could miss the first two months of the season, warns Guardiola
Spurs look like a bunch of spoiled kids!’ – O’Hara hammers ‘average’ Tottenham players
Ozil leaves Messi out of his dream XI while naming just one former Arsenal team-mate

Liverpool full-back Andy Robertson does not want Lionel Messi “anywhere near the Premier League” as speculation over the Barcelona captain’s future rumbles on. 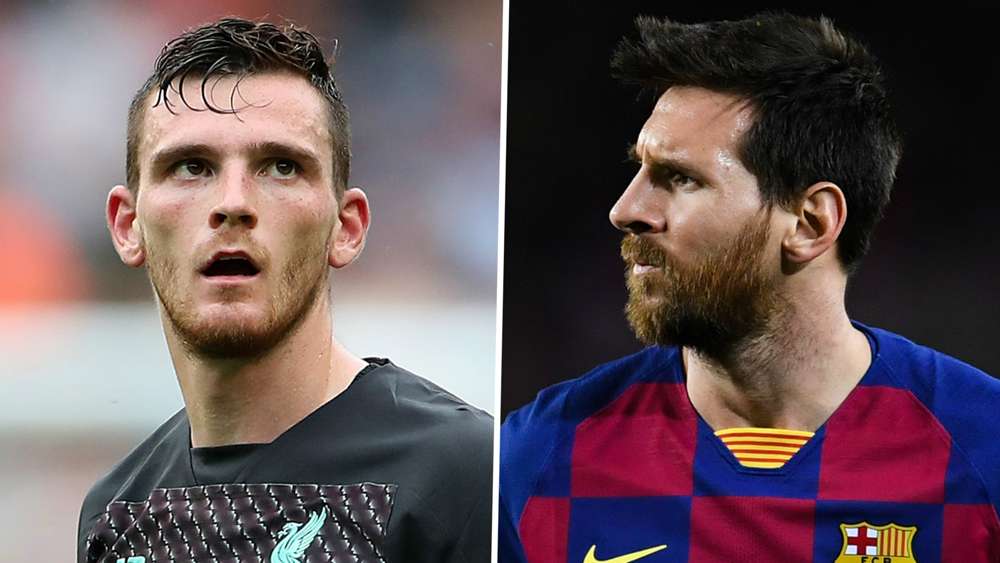 Messi dropped a bombshell by informing Barca he wanted to leave the Catalan giants last week and Manchester City were quickly installed as favourites to sign him.

The forward has not reported for pre-season training under Ronald Koeman this week, signalling his belief that a clause in his contract allowing him to leave on a free transfer has been activated.

However, Barca and La Liga are of the opinion the €700 million (£625m/$829m) release clause in a deal that runs until next June will need to be met in order for him to become a free agent.

The Argentina international’s father and agent, Jorge Messi, arrived in Barcelona for talks on Wednesday and on Thursday suggested it is still possible his son could stay at Camp Nou.

That would have been music to the ears of Liverpool defender Robertson, who does not want to see the 33-year-old making a sensational switch to City.

“From a completely selfish point of view I hope it doesn’t happen, hopefully, he stays at Barca,” the se left-back said when asked about the possibility of Messi playing in the English top flight.

“He’s one of, if not the best player to ever play the game so for him to go to one of your nearest rivals is probably never a good sign. He’s a fantastic player, I’ve no doubt if he came to the Premier League he’d bring the exact same quality, the same passion and everything he brings at Barca.

“I think Liverpool have ruled out that we are going to sign him, so for me, I don’t want him anywhere near the Premier League and hopefully it stays that way, but we’ll wait and see what happens with that.

“Obviously you can see the uncertainty at Barca, I think everyone can see that, and hopefully they get it resolved. If he comes to the Prem we’ll deal with it, it’ll be great for the lads to play against him.

“I’ve played against him twice and it’s the hardest games I’ve ever played, so you need to stay on watch against him at all times, he can pop up out of nowhere.

“He’s a fantastic player, probably the best to ever play the game but hopefully he stays in Spain for me.”