The Brazilian midfielder is facing added competition for places at Old Trafford, but he has welcomed the arrival of further fresh faces Fred ha

Neymar on Gonzalez: My only regret is not hitting that asshole in the face
Top win on 1xBet: Player receives over $130,000
Portugal star Ronaldo becomes second men’s player to reach 100 international goals 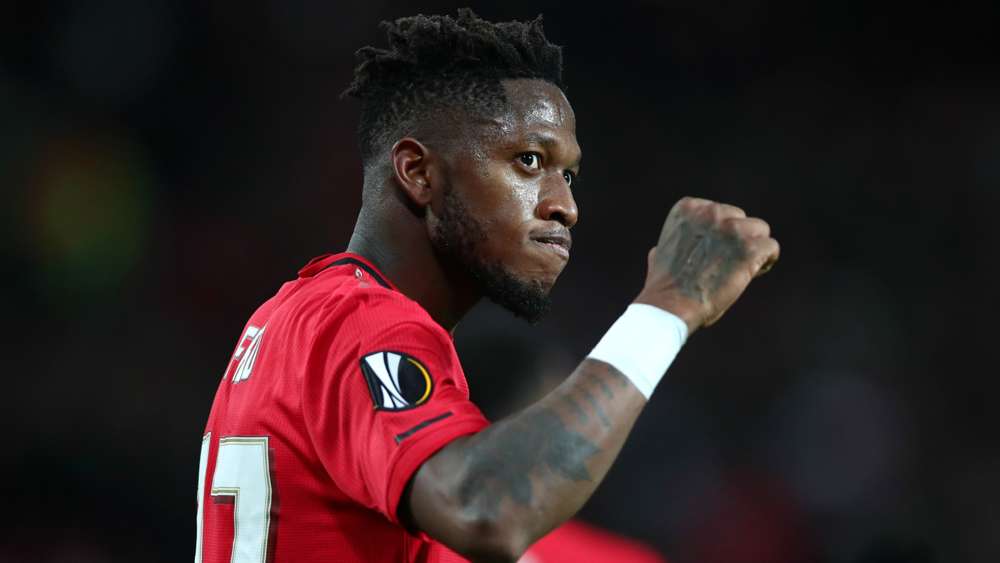 The Brazilian midfielder is facing added competition for places at Old Trafford, but he has welcomed the arrival of further fresh faces

Fred has stated his “desire” to stay at Manchester United, with the Brazilian midfielder welcoming the £35 million ($46m) arrival of Donny van de Beek.

There have been suggestions that the South American could find himself becoming an odd man out at Old Trafford.

Ole Gunnar Solskjaer was already well-stocked in the engine room prior to adding a Netherlands international to his ranks.

Fred may start slipping down the pecking order, with the likes of Paul Pogba, Bruno Fernandes, Scott McTominay and Nemanja Matic providing competition for places, but he is not about to walk away from a fight.

The 27-year-old told FourFourTwo: “I want to stay here – that’s my desire.

“I don’t want to leave. As I’ve always said, I want to be an important player and win trophies for this club.

“[Van de Beek’s arrival] means we’re getting stronger and that’s good for everyone at United.

“When you play at a big club, there will always be competition – I’m used to it. It’s been like that from day one at United.”

While welcoming Van de Beek onto United’s books, Fred hopes there will be more new arrivals before the next deadline passes on October 5.

He added: “We need more players for this season because it will be even more demanding.

“The calendar is crammed and we need a strong squad to compete for every title.”

Reinforcements are required in Manchester because United remain determined to build on the progress they made in 2019-20 and get themselves back on the trophy trail.

Fred said, with the Red Devils having secured a third-place finish in the Premier League last season while reaching the semi-finals of three competitions: “We can’t say it was a good one, because we didn’t win a trophy.

“For a club like Manchester United, it’s not a good season without a title.

“We managed to reach three semi-finals but lost them all. We were close to our goals, but they just didn’t come our way – I was really confident that we would win something, but it didn’t happen.

“At least we managed to play good football at times during the campaign, and qualifying for the Champions League was very important because this club must be in that competition. It was crucial to get our place back, but that alone isn’t enough: we want to fight for that title, too.

“The good thing is that we’re improving as a team and I think we’re heading in the right direction. Trophies will come our way soon.”

United will open their new campaign on September 19 when taking in a home date with Crystal Palace.