Foden’s a beautiful player to watch’ – Southgate ready to hand England debut to Man City talent
How Blockchain Unites Crypto, Sports and Fans
Win Lamborghini, Bentley and Jaguar supercars in the new 1xBet promotion with a prize pool of $1,000,000!

French club Rennes have submitted a €20 million (£17m/$23m) bid plus add-ons for Sassuolo midfielder Jeremie Boga with Chelsea set to reap the rewards of any potential transfer. 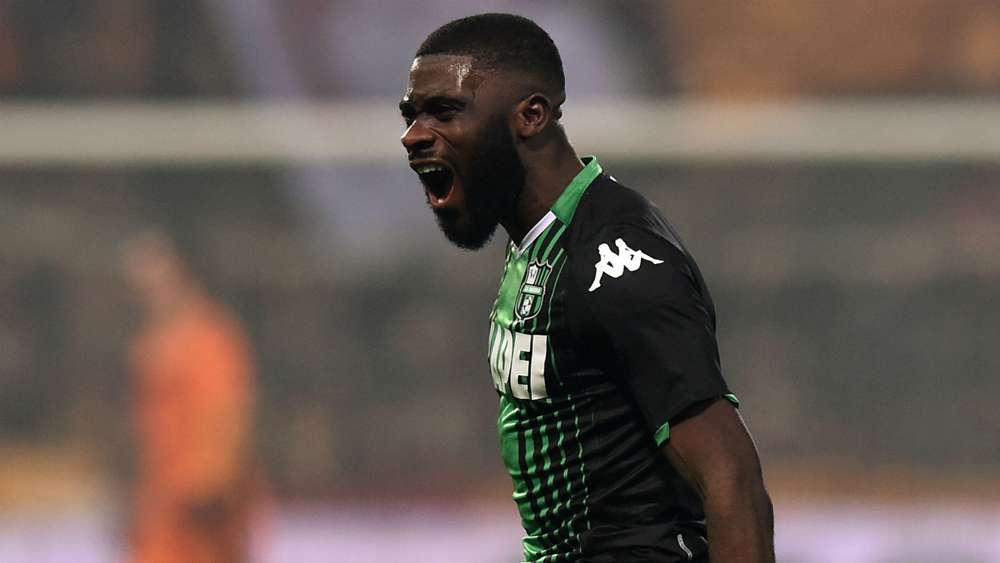 Blues director Marina Granovskaia recently turned a €15m (£13.5m/$18m) buy-back clause on Boga into a shrewd sell-on clause that will see Chelsea claim 10-15 per cent of any agreed fee.

Sassuolo have set an asking price of €30 million for Boga with Serie A trio Atalanta, Napoli and Roma all circling for the 23-year-old, who has impressed over the past two seasons in Italy’s top-flight.

The former Blues youth product scored 11 league goals across the 2019-20 campaign as he justified his decision to leave Stamford Bridge permanently in 2018.

Prior to his move to Italy, Boga was sent out on a series of loans by Chelsea and gained precious experience in Ligue 1, La Liga and the Championship.

A Premier League return could also still be on the cards for the midfielder with Brighton also believed to have shown some interest in securing his services.

Boga himself is eager to leave Sassuolo this summer and challenge himself elsewhere after a strong two seasons. As it stands, Rennes are looming as his most likely destination with their recent bid likely to make Sassuolo consider sanctioning a transfer.

Rennes manager Julien Stephan recently spoke out about his admiration for Boga as the Ligue 1 side look to secure a deal.

“I can’t speak about numbers. He is quite simply a player who is coming out of a very good spell with Sassuolo,” Stephan told Telefoot.

“He has very interesting characteristics in terms of his penetration, his pace and his ability to finish off moves. We know him well at the club as he was on loan here a few seasons ago. At the time, I was in charge of the reserves, we got to know each other in certain instances, we know each other.

“He is a player who is one of our potential targets, there is enormous competition with very big clubs – we will see what happens in the coming weeks and months.”

Boga’s brother and agent has previously admitted to interest from Napoli with a number of Serie A sides eager to strike a deal for the Ivory Coast international.

Any potential transfer for Boga this summer will prove beneficial for Chelsea, who have spent big money in recent months on the likes of Timo Werner and Ben Chilwell.